Rose DeSiano brings photography and sculpture together, examining cultural symbolism, the collective consciousness, and the long, tangled history of the photograph and the monument as both a truth-teller and myth-maker.

Engaged in a public art sculpture practice, DeSiano’s artwork has been commissioned by multiple cities, her photo-sculptures have been installed in New York, San Diego, and Cleveland, among others and has been the recipient of multiple international awards such as; the Uniqlo Parks Grant and FLOW.17 Public Art Award.

Her gallery artwork has been exhibited in solo shows across the United States; along with several group museum exhibitions; Bronx Art Museum, Allentown Museum of Art, Heritage Museum of Málaga, along with international art fairs; Photoville, FOTOFOCUS, Orange Changsha Photo, China. Her work has appeared in a variety of publications including; LenScratch, Hyperallergic, Vogue Magazine, The New Photo Review, UK’s Aesthetica.

When not in the ‘staged trenches', or 'erecting monuments’ DeSiano writes and presents on a variety of photographic topics: dealing with image manipulation, the collective consciousness, and landscape theory. She has published and presented essays on “The Cultural Perceptions of Landscape in Photography” and “Digital Constructs and the Photograph as Cultural Space” and most-recently “Seeing Truth and Purity Again: through digital manipulation in documentary photography.”

DeSiano received her M.F.A from the Art Center College of Design, Los Angeles, and her B.F.A from NYU-Tisch School of the Arts. Professor of Photography at Kutztown University, she lives and works in her hometown Brooklyn, New York. 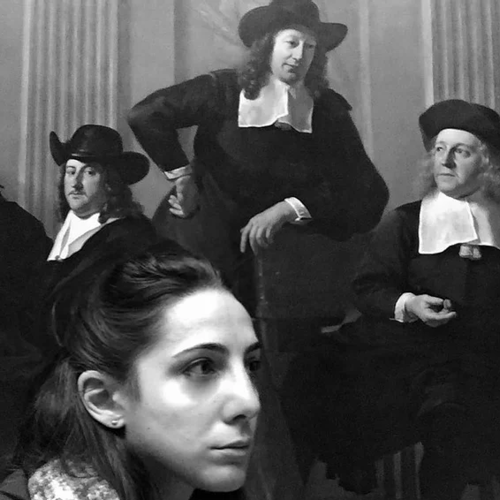 Each year, since 2009, LAND studio partners with the Cleveland Public Library to activate its downtown Eastman Reading Garden with temporary public ar...