Masumi Hayashi was an artist, photographer, and professor whose photography gained attention in the U.S., Europe, and Japan.

Her work has been exhibited and represented in many respected museums and galleries, including the International Center for Photography in New York, the L.A. County Art Museum, the Japanese American National Museum (L.A.), the Tokyo Museum of Photography, the Ludwig Museum of Art in Germany, and the Victoria and Albert Museum of Photography in London, England. In 2003, she had a retrospective one-person exhibit at the Japanese American National Museum in Los Angeles. Professor Hayashi taught photography for twenty-two years at Cleveland State University in Cleveland, Ohio.

Ms. Hayashi was known for her panoramic photo collages of the Japanese American internment camps. The landscape photographs in this project reflects history, memory and archeology. This photographic project grew to include audio interviews of internees, family album snapshots of internees and their stories. This project began in 1990 and currently continues with photo collage portraits of the Japanese American internees. Her other projects panoramic photo collages include post-industrial sites, abandoned prisons, E.P.A. Superfund Sites in Ohio, and City Works. Her new website at www.masumimuseum.com is called The Masumi Hayashi Museum and includes over 177 images of her work.

Her photographs have been published in Doubletake (fall 1997), Aperture (Beyond Wilderness, fall 1990), See, a journal of visual culture (issue 1:1), and Mother Jones (April 1995), Creative Camera (1993, London), Die Ziet (1999, Germany), Photo Italia (2003, Italy). Her exhibitions have been reviewed in various newspapers including the Los Angeles Times, and The Japan Times. She was one of the artists featured in the Robert Stearns' Dialogue Magazine article, "Genius, Imagine what could happen." (2001). 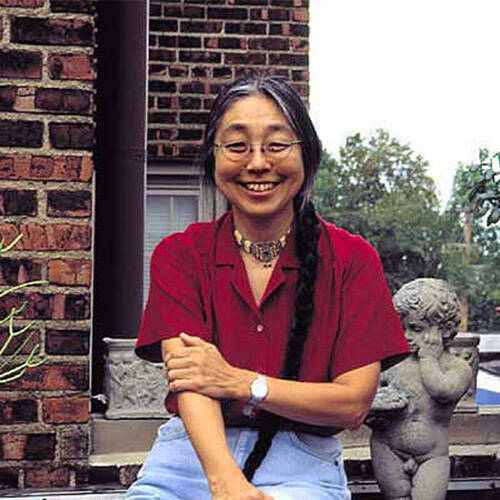