Born and raised in Cleveland, Ohio, figurative artist Leigh Brooklyn (previously known as Leigh Bongiorno) has spent her life dedicated to creating compelling and innovative artworks in a variety of media.

Brooklyn began her formal studies in 2005 when she studied with a local portrait artist in Cleveland. During this time, Brooklyn began creating exceptional surrealistic portraits that gained national recognition. Brooklyn enrolled in the Columbus College of Art and Design in 2006 but later transferred to the Cleveland Institute of Art after being inspired by the work of forensic artists who helped officials solve a missing-person’s case. Brooklyn earned a degree in Biomedical Illustration in 2011. Brooklyn explored the path of biomedical illustration as a profession and worked with several hospitals, museums, and research facilities including the Cleveland Clinic.

Brooklyn traveled all over the country to try to gain perspective and insight into the vast and varied American lifestyles and cultures. She gained artistic inspiration from various individuals she met along the way, which helped point her career path back to its roots in figurative and portrait-based oil painting. Brooklyn’s focus on underrepresented communities and people has since fueled her passion for art even further and has pushed her to become one of the most well-respected figurative artists in the country.

With subjects ranging from transgender individuals to homeless communities, Brooklyn creates artwork to raise awareness and understanding of those living in a marginalized or underrepresented society. Her meticulous creations focus on topics such as race, sex, gender, religion, and poverty. She hopes that her work will inspire others to see the beauty in those around them. Brooklyn has won a variety of awards for her art since 2004, and her work has been displayed in galleries and museums all over the country including the Makeshift Museum in Los Angeles, the Cleveland Institute of Art, the U.S. Capitol Building and Corcoran Gallery of Art in Washington D.C., the Alliance and Lichtundfire Galleries in New York City, and the Diane von Furstenberg Studio.

Brooklyn currently lives and works back in her hometown of Cleveland where she plans to further expand her artistic and humanitarian endeavors in the local, national, and international community. 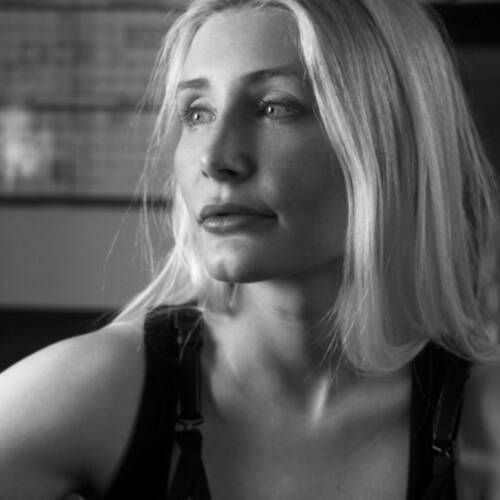